It was 26 Sep 1950.  The Korean Marine Corps (South Koreans) were mopping up pockets of resistance at and around key thoroughfares.  Chesty Puller thought they were best suited “to tell the cowboys from the Indians”.  The North Korean occupation had not been well received by the city’s inhabitants.  So the locals proved to be excellent sources of intelligence amidst neighbourhoods where North Koreans dressed up as civilians.  (Crudely excerpted from the scenario card..)

The North Koreans had 2 squads & 9 half squads of various quality plus 2 LMGs.  They had self rallying ability as per SSR and no leaders were present.  They were to setup, one squad or less per hex, HIP’d largely on the top half of the map pass the horizontal street and suffered Ammo Shortage (so Fire Lanes are out of the question).  The Korean Marines (‘KMC’) win if they could amass more VPs than the North Koreans (‘KPA’).  For both sides, VP = CVP + Exit VP, and the KPA gets 1 VP each for each Good Order concealed or HIP’d units that survives till game end.  Plus the KPA starts with 3 VP.  So unless it looked like a good kill, the KPA would stay put.  A ‘mole hunt’ then you say?  Yes – but this scenario is how a FUN mole hunt can be done.  Now the KMC could enter on the left or the bottom of the map apart from setting up below the horizontal road.  They started with 7 squads + 1 fire team and 3 leaders, 2 LMGs.  Note that “Steep Hills” were in play, so those brown hexes were concealment terrain as well.  All those Orchards were sparse, while they were concealment terrain, Partial Orchards were not.

My top priority was to prevent the KMC from cutting off my lines of retreat up through the top side of the map.  Secondarily it’s to have a screen so civilian/ prisoner interrogation wouldn’t uncover important KPA ghettos.  The KMC could enter from the left but while I didn’t want him sliding into the top behind us, I couldn’t see KMC’s entering onto the Citywide Boulevard (-1) hexes (‘CWB’) with no where to rout.  I think the KMC expected the KPA to stay as far away as possible, which means the top right of the map was likely to be searched first.  Places the KMC might overlook were rooftops and CWB hexes with Orchards, although my opponent is well known for being meticulous and detail oriented, I have never known him to miss things.

I put the 2 elite 248 HS’s over on the right.  Their mission was to ‘confirm’ my opponent’s suspicions, to draw attention and to survive longer than most.  I had a few units on the top left and at the Dense Urban Terrain (DUT) choke point on the top of the map.  Note that DUT worked like Dense Jungle, stacking limit was two and you couldn’t firegroup with units in other DUT hexes.  I had a HS on the first level of one of those stone rowhouses on the left (not that I really think my opponent would miss them) and another one slightly forward (down towards the horizontal road) to see if we could catch any impatient bypassing KMC units coming down the road. 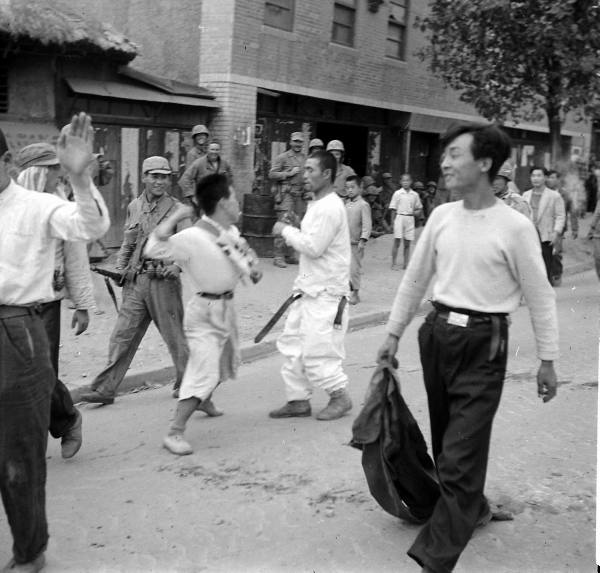 South Korean Turn 3: We had a rather big KMC force hitting the right of the map.  The 2 248’s put out some shots on the road, one was demolished by Turn 3.  The other had a choice of going up next to that massive 8-1 stack or down to the bottom side of the street to mess with the KMC further.  If a unit could survive til the end of the game concealed or HIP’d, they score 1 VP for the team, so they would have to come after it.  Unfortunately the remaining 248 didn’t last long after this but the duo did burn up some time.  The SK rolled civilian interrogation though and a HIP unit on the 1st floor on the left got ratted out (and killed).  So there goes my hope of the SK’s passing him by or it being able to ambush the Korean Marines somehow.  We wondered if the SK’s on the left will wheel counter clockwise and sweep up to the top of the map!  I also started to realize that having conscripts as screeners posed a liability.  They could be easily captured and interrogated!

South Korean Turn 4.  We had three Movement Phases left.  The main body of Korean Marines on the left started to wander past our HIP’d crowd apart from one squad with an LMG.  We took that shot at point blank with a HS (and a -1 CWB TEM) but bullets rolled off the Korea Marines.  We decided to back off into the DUT and get reconcealed instead of pressing on, hoping that the SK squad would come in pursuit instead of walking into the other HIP’d units.  Meanwhile on the right, the Korean Marines swept through the hexes in the area.  That single hex two story house on the far right did look tempting but I didn’t want to be (immediately) encircled in it.

Using conscripts as screeners was indeed a liability.  One of the captured HS gave into a copy of Doom Battalions v3 and ratted out another HIP’d unit! A HS and a 527 were surrounded.  The 527 was encircled and CC’d but it look out the KMC 8-1.  The other HS who got CC’d rolled infiltration and left off the map (I forgot whether it went with a new leader)!  Over on the left, our sniper took out the guards earlier and a KPA HS was freed for a sweet moment!!  It could try for the board edge but SK units would get to it first.  It decided to go upstairs and it drew some units off the encircled lot.

Prisoners were recaptured and the scores were even going into the last (NK) player turn.  The NK 527 had to die!  The Korean Marines stood around and discussed it a bit and decided to ride on the higher Marine morale level and shoot into the Melee.  All the fun triggered the NK sniper again who nailed another Marine unit but worse, the shooting laid an MC on the Melee stack.  The NK 527 pinned but all the Korean Marines in the melee broke.  The NK’s won, glory to the dice (the surviving but unconcealed NK 527 was not credited with VP’s but it’s incumbent on the SK to break the prevailing VP tie)! 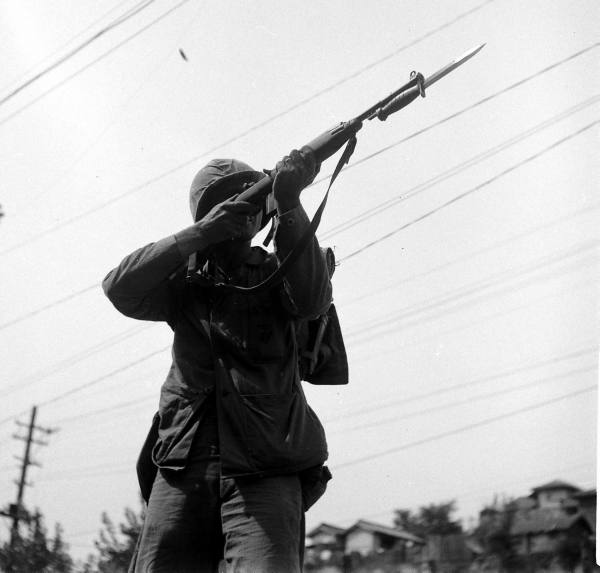 Normally you wouldn’t imagine bug hunt scenarios to be fun.  However, this one’s small and quick enough to not be tedious for the South Koreans and to be nail-bitingly exciting at some points for the North Koreans.  The North Korean player had to keep a pokerface while the Korean Marines swept through the streets.  However it’s not a huge challenge while on VASL as long as you can keep your voice level.  There are definitely multiple ways to play this.  I wonder if any NK players decided to not play possum but actively looked to kill SK units?  I wonder how that worked out.  The use of interrogation kept life interesting and it reflected the historical situation quite well.  The beauty of the Dense Urban Terrain (‘DUT’) rule came to the fore here.  I wondered if more designers will do the same in the PTO with a mix of Dense & Light Jungle?  This is an interesting scenario offering a good bit of fun in the evening, give it a try! 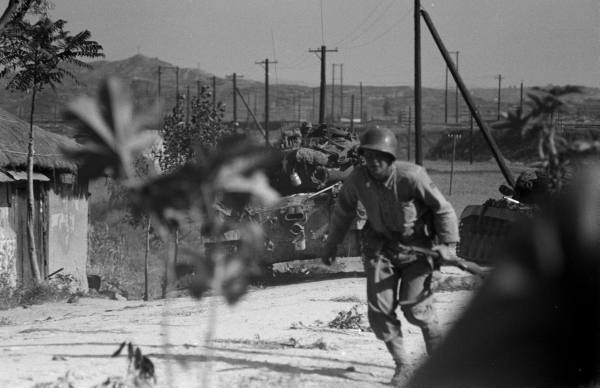