An encounter west of Taegon (Daejeon) at the Nonsan-Kongju (Gongju) road junction on 20 July 1950 witnessed the debut of the US M20 3.5 inch “super bazooka”.  According to the scenario card “[the] brief dominance of North Korean armor had come to an end.”

So legend had it that the Americans got their bazookas to hit out to 5 hexes with a TK of 32 instead of 16.  Three of them were on the board with one HIP’d.  We had a map with dirt roads between irrigated Paddy Fields that bogs tanks at a +3 (net +4 with normal pressure).  One way to win is to weave 2 out of 4 tanks through for an exit.  The other way is to get more CVP points (+ Exit VP) than the Americans.  Each T-34/85 is worth 6VPs.  There were 9VP of US MMCs and 6VP of US Leaders.  So if the Americans kill half of my tanks I would have to wipe 80% of them out, or exit at least 1 tank.  I had no doubts that the Americans would stay concealed until they get a good shot.  The Koreans were pretty much forced to run the gauntlet because 5 turns doesn’t give too much time to just sit and shoot. 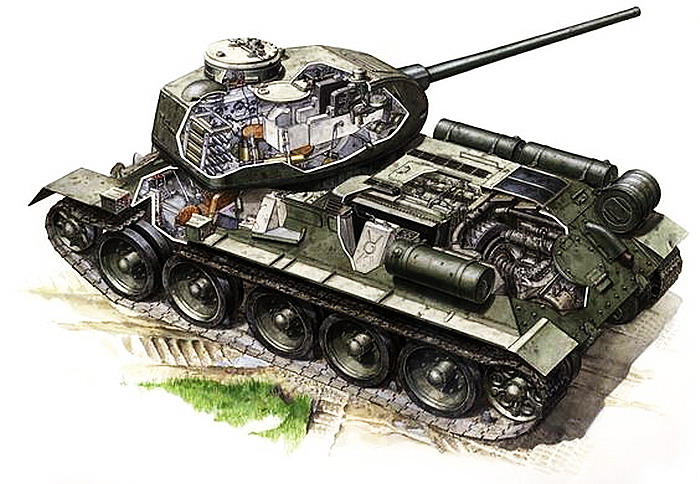 We decided to put a trail break in the Light Woods and round the left flank to avoid a baz at the entrance putting a wreck on dirt road and plugging up traffic.  We then put some acquisitions on the board just to shake the trees up a little.  We broke the team in the paddies and we thought the HIP’d baz team might be in the orchards on the right (middle of the board).

One team covered and the other team moved. There’s nobody in the suspected orchards but when the lead tank round the woods on the right (top left), the HIP’d baz team sprung from the brush!  First shot missed.  The US team tried again in the following Prep Fire and missed as well!  We got the lead tank turned around for a fast escape in the following turn.

Unfortunately, temporary insanity convinced us those baz has a TK of 16 (instead of 32).  Instead of speeding safely out of sight, the lead tank turned BACK around and bored straight down towards the (SUPER) baz team!  The team held fire until it was a hex away and took the shot.  The world went quiet when the turret did a graceful flip through the air.  Its partner decided to run straight down the road to see what’s what with the remaining 3 concealed stacks and promptly got lit up as well.  Team 2 came up and got a lucky Adv Fire CH on the offending baz team and killed it.  Two tanks down and one more MPh to go.  We would have to make a run for it!

As luck would have it, one of their 9-1 baz team broke cover and tried to run across the dirt road.  A CMG shot broke the squad no matter what their 9-1 said.  The other baz team went to the far side of the paddies (top left) for a rear shot on exiting tanks.

First tank fired up and went straight to the wall and got Wall Advantage since the defenders stayed in the house.  The first shot missed and the tank exited.  It tried to lay some motion fire on the defenders but declined to use its sD for fear of increasing MP spend for the second tank.  As it sped off, the second tank came rolling down the road.  It fired and got a PTC on the defenders in the house anyway but didn’t matter now.  It rounded the turn and could feel a baz running up behind it.  Sure enough, before it could pop smoke the baz round went sailing pass.  We SURVIVED!!!  We absolutely can NOT believe we got 2 tanks through!!!

This scenario felt like an arcade game.  There’s a certain amount of strategy but a lot of it depended on the dice.  “The dice giveth and the dice taketh away” like my buddy said.  I wonder if anyone risked the paddies and had things work out for him?  Hey, this scenario is good for a nice and exciting evening though!