Want a cool M36 Tank Destroyer t-shirt for Christmas?  I put one together for myself and left the design up in case you want one too, for yourself or your opponent. 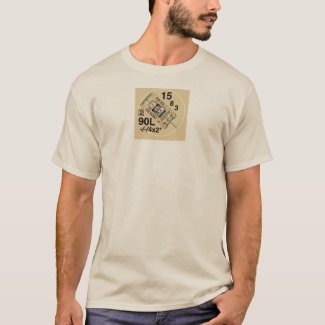 This classic “Banzai” t-shirt is of course, still available. 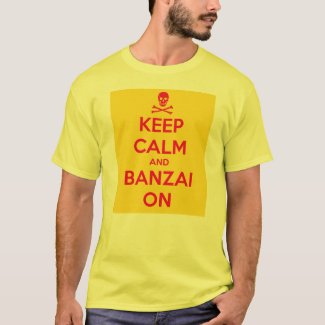 I finally get to play a scenario from the famous Time On Target 2: The Sharp End pack!

Shortly after Mr Paul Weir lent his expertise in CPVA firearms.  The chief designer for Forgotten War: Korea 1950-1953, Kenneth Katz gave us even more details.  The following is reprinted with his permission.

The CPVA entered the war with a little bit of everything, which made their logistics a nightmare. That is why their Initial Intervention MG are B11. I assumed that the MG which were acquired in the 1930s were mostly gone by 1950, either destroyed in war or worn out beyond repair. So the most common types of LMG in service with the CPVA in 1950 would have the the weapons that were either manufactured in China during the 1940s (the ZB-26 in 7.92 x 57mm), captured from the Imperial Japanese Army (IJA) (Type 11 and Type 96 in 6.5mm and Type 99 in 7.7mm), and supplied by Lend Lease (mostly Canadian-manufactured Bren Mk II in 7.92mm).

The LMG counter artwork is for the ZB-26, probably the most common weapon.

Using the same logic, the most common MMG/HMG was the Type 24, which was a Chinese-manufactured Maxim design in 7.92 x 57mm. Just as with the German MMG/HMG, the MMG and the HMG are the same weapon, with more ammo for the HMG. The CPVA also used Japanese MMG/HMG in 6.5mm and 7.7mm, and assorted other weapons.

How difficult was CPVA logistics?

Having gotten Forgotten Wars : Korea 1950-1953, I asked about the machine guns I see in the Chinese People’s Volunteer Army’s (“CPVA”) OB.  The following is Mr Paul M. Weir’s response, reprinted with his permission.  I researched and inserted the illustrations – so any errors are also mine.

From both text and photos the Chinese, all sides, had very few air cooled MMG/HMG until either supplied in WW2 by the US with M1919 or captured Japanese MMG/HMG. Most seem to have been versions of the classic Maxim design, the German MG08 being the commonest but you would also see Schwarzlose, Browning M1919, Vickers and even some Italian (possibly part of the shipment that brought the L3/35 tankettes) MG. If a MG ever saw production, it is likely at least a few saw service in Chinese hands.

All the parts labelled

The multitude of Chinese factions prior to 1949 got whatever they could whenever they could and the PLA inherited that mix. The eventually standardised on Soviet pattern stuff but that took time. So apart from the non-dm Soviet MMG/HMG ‘feature’, you could use whatever mix you want and you would not go too far wrong. The potential mix of weapons was really that bad.

As for 0.50 cal type MG, there were really only 3 moderately common designs; the US 0.50 cal Browning, the Soviet 12.7mm DShK and the French 13.2 Hotchkiss. The British had their own lower powered Vickers .50″ round that was also used by the Italians but their guns were mainly used in aircraft (Italians), multi-gun AA mounts and in tanks (mainly British). The Brownings and DShK have seen use everywhere since WW2, but in WW2 were really only issued to US+US Lend Leased forces and Soviet forces respectively only. The Hotchkiss was used by French, Belgian and Greek forces and license built by the Japanese. Unlike the Browning and DShK and while the bare gun was about the same weight as those two, the Hotchkiss mainly saw use in weighty AA mounts and AFV, plain infantry style ground mounts seem to be rare.

The CPVA had anything and everything that was left over from the Chinese Civil War period. German, Italian, Czech, US, Soviet and Japanese as well as locally manufactured rifles, MG and mortars. A very common rifle was the German Gewehr 1888, locally manufactured as the Hanyang 88. Ditto the German MG 08 was locally manufactured in Hanyang as the Type 24 and the Czech ZB-26 done in Gongxian Arsenal. Of course as the 2nd Sino-Japanese War (’37-’45) dragged on, increasing number of Japanese weapons of all types were in use and likely copied. The Japanese 50mm MTR seems to be one weapon copied, though I could not swear on that. The Chinese seemed to really like the US 60mm MTR and various RR and eventually produced their own clones as well as using captured stocks.

There is a scenario design competition not too long ago: “Chimps on Computers” (a modern day version of the “Monkeys on Typewriters” competition).  My ASL mentor, Witchbottles, came up with a pretty wild design where a handful of Germans tried to delay an Allied column marauding down 5 boards.  Pete Shelling was the judge and Witchbottles came in 3rd.

If you want a game of manoeuvre, this is it.

Here’s his scenario MWT-1 Four Days to Naples for your enjoyment.  He only asked that you leave comments on this GameSquad thread if you have any thoughts or comments.

A designer in Canada, Alan Findlay of Broken Ground Design, endeavoured to rethink the whole (minus Japanese & Chinese) ASL counter set.  In the process, he also expanded into new counter designs as well – Snipers with SAN, Fanatics, Heroic Leaders, Wounded Leaders, Partisans, Berserkers, Free French and more.  Those who know me, know I am as far from a “counter-slut” as you can get – almost all of my games are on VASL.  Not only do I not have the space, I don’t have the patience to deal with physical counters.  I believe if I can do counters, I can be playing.

So I don’t like dealing with counters to start with and having seen the designs that Alan posted, I also thought they are too cartoonish to be part of ASL games.

But you know what?  These counters are NICE.  (Okay … and I was wrong.)

I am going to post a lot of pictures in this review.  I am also going to give you my thoughts and my experience with the Broken Ground Nationality counters, so you can make your own decision as to whether you should make the purchase.

Oh, you should also know that I don’t clip counters, not ever.  So chances are if you think these images are nice, your purchased counters will look even nicer than these.

I mentioned that when I saw Alan’s counter designs earlier in the year, I thought they were too cartoonish.  Now that I’d seen the actual counters – they are not.  They sure look like they belong to ASL games.

I had only made cuts down each side of the rows, took entire strips out and broke each counter off by hand (stop screaming like a little girl).  The high quality of the die cut makes it possible.  However in a few instances, the back of the counters came off and shifted.

The good new is, I was able to “coax” the shifted graphic back in place with properly applied pressure (and meditation).

The graphics look terrific and the numbers are very visible, including the MMC identification letter on the top left.  The issue I have is with the smoke number.  Not only is the smoke number important by itself, the smoke number in a swapped colour set differentiates the Assault Engineers.  Not that it’s any worse that the existing counters we have, but I can’t comfortably see the smoke numbers on Broken Ground’s counters without proper lighting and magnification.

Broken Ground counters laid out a lot of SMCs.  There are:

I have only been playing for 4 years but I can hardly remember a leader going heroic, much less fanatic (by SSR mostly?) or fanatic-heroic.

Having said all that, having “specialised” SMC counters is nice, instead of piling on information counters on existing leaders.  If nothing else, the Wounded Leader counter will be used quite a bit.  Having Assault Engineer full squad and half squad clearly differentiated is nice as well.

A couple of action shots …

Here I have my AH French counters alongside the Broken Ground counters ..

The French MMC & the 8-1 First Fired at the SS HS that Assault Moved down the path ..

I find the Broken Ground Nationality Sets to be attractive and highly visible.  The “extra” counters that Alan added are useful and contribute towards lessening the stacks.

If your FtF opponent wanted to play a scenario using Broken Ground counters, would you say “no”?

No I won’t.  However the Broken Ground counters are so visible and looks so much better that it’s going to put a positive modifier on my Personal Morale Checks.  Postgame that Flame in my wallet is going to turn into a Blaze and burn a hole right through!

Any questions or thoughts, please don’t hesitate to let me know.

(All Photos are Copyrighted to the Hong Kong Wargamer.  Do not use without permission.)

My ASL buddy in Chengdu (China) showed an old artisan a drawing of a dice tower design.  This is what happened …

Growing up with Avalon Hill wargames, I have long noticed the same signature on the boxes of some of the most loved wargames : The Russian Campaign, The Longest Day, Squad Leader, Advanced Squad Leader ..etc.

That signature belongs to a prolific designer and game publisher, Roger B MacGowan.

Please see his design gallery.
Please see the list of his art designs.