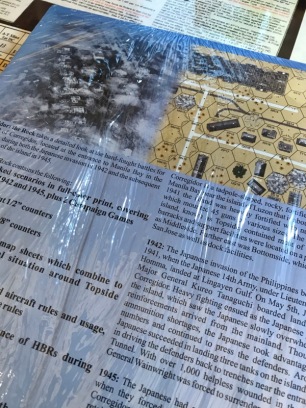 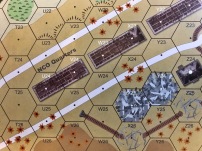 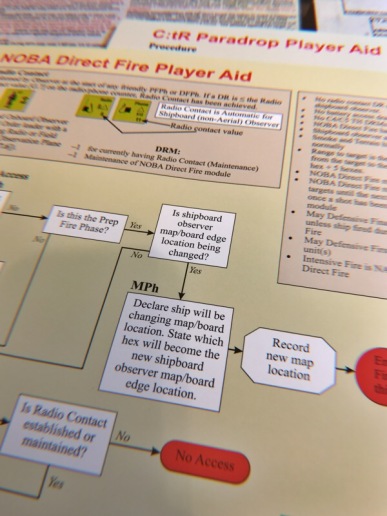 Looks like LFT has the full set of counter graphics ..

.. does that mean we will see the British & Franch OB later?

Italians vs IJA in China! 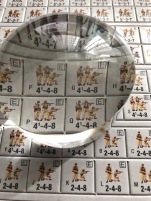 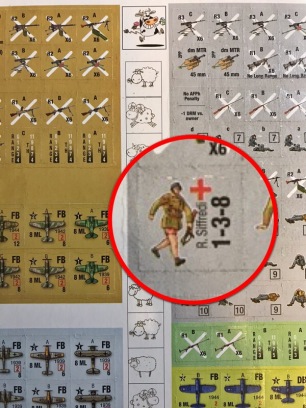 LFT folks having a little fun .. 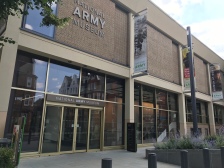 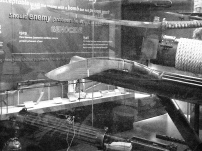 Alan Findlay at Broken Ground Design, followed his sample sheets of German, Polish, Partisan and Axis Minors counters with a sheet of French vehicles last week.  In case you are not aware, Mr Findlay is looking to release an big suite of redesigned Advanced Squad Leader counters which includes “standard” nationalities as well as “new” nationalities.

I took a careful look at the Vehicle counters this weekend.  In the process I placed a few of my Avalon Hill French counters side by side for comparison.

Let me show you a few photos first:

AM Dodge, AH vs BG

AM Dodge, AH vs BG 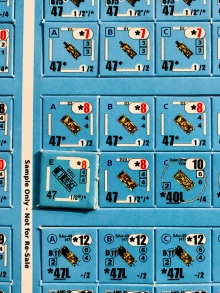 My first impression is that the vehicle graphics are too small.  When I put the Broken Ground vehicles next to the old Avalon Hill counters, the graphics are indeed smaller.  The smaller graphics is unfortunately combined with a camouflage pattern that completely, well, camouflaged the outlines of these vehicles.

My next thought is then, can I tell which vehicles are Open-Topped ?

I wonder if it will help if the vehicles are made bigger, the camouflage tuned to a lighter saturation and shading added to bring out the vehicle contours.  Then again, I would be asking Mr Findlay to conform to a different style and would probably be asking too much.  A way to better communicate “Open-Topped” will help though.  Perhaps we can make the Movement Points a light blue (it’s on a white background anyway) like certain SS vehicle counters.

Flipping over the counters, I like the fact that Mr Findlay decided to use a bold font on the back to improve readability.

The improvements to readability are even more pronounced on the front.  Mr. Findlay decided to put a black outline around the white symbol that is the background for the Movement Points.  Now it’s much easier to tell whether a vehicle is Fully Tracked [D1.13], Half-Tracked [D1.1.4], Armored Car [D1.12] or Truck [D1.15].

Both of these improvements will certainly speed up play.

(All Photos are Copyrighted to the Hong Kong Wargamer.  Do not use without permission.) 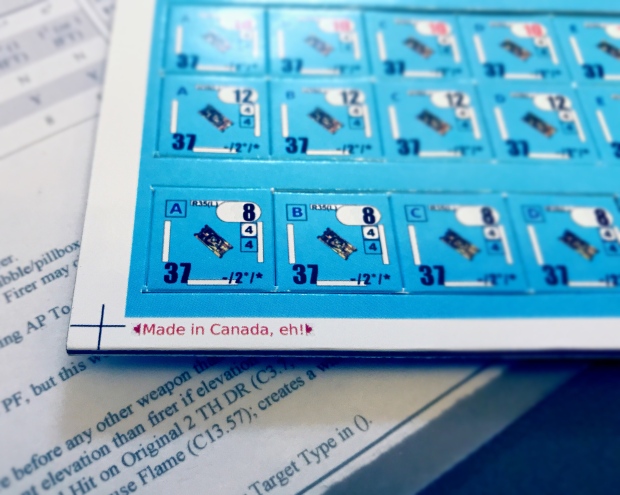 My ASL buddy in Chengdu (China) showed an old artisan a drawing of a dice tower design.  This is what happened … 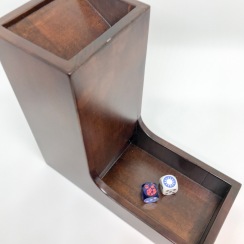 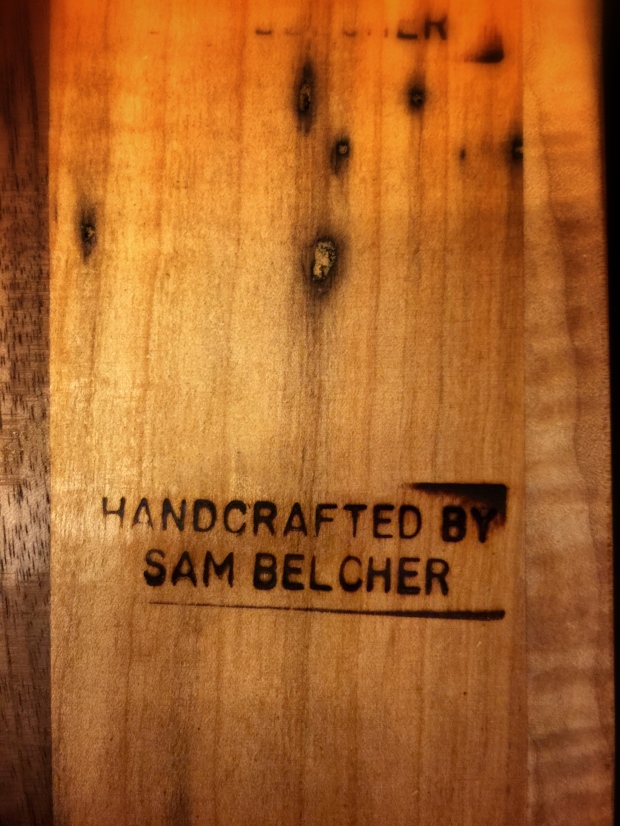 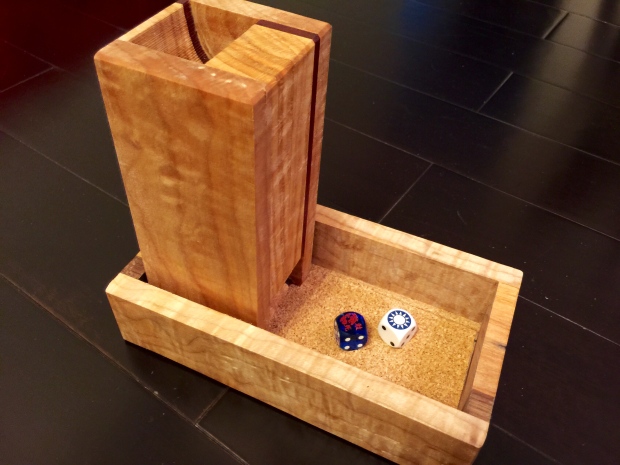 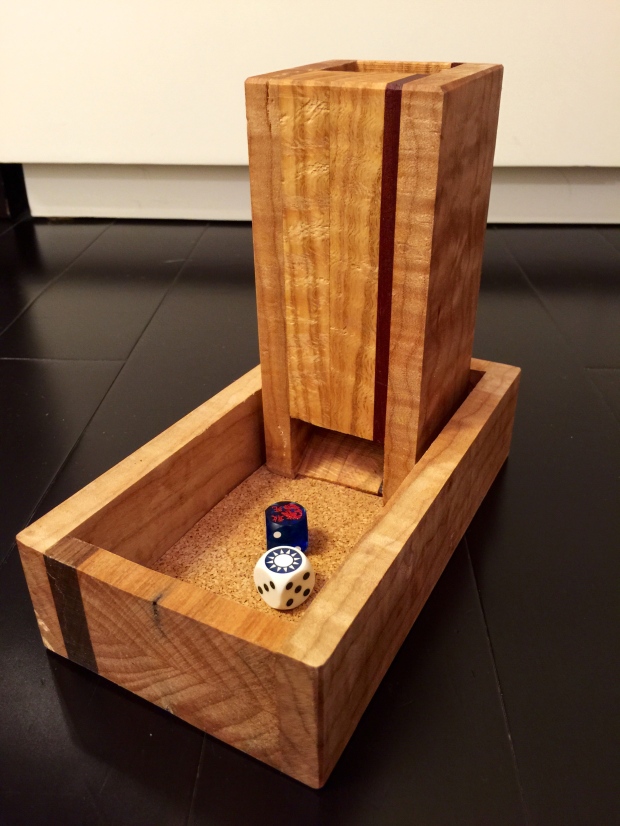 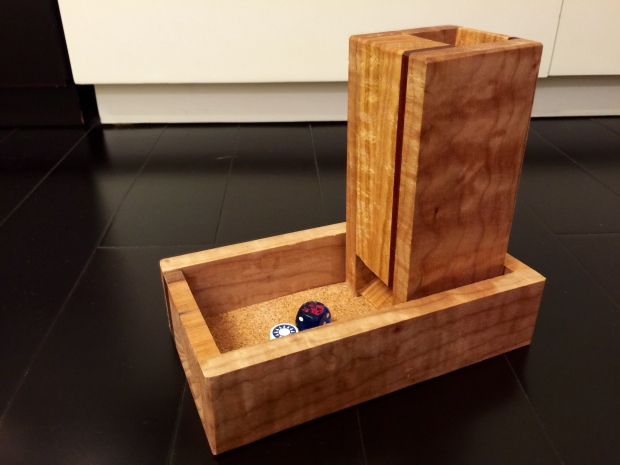 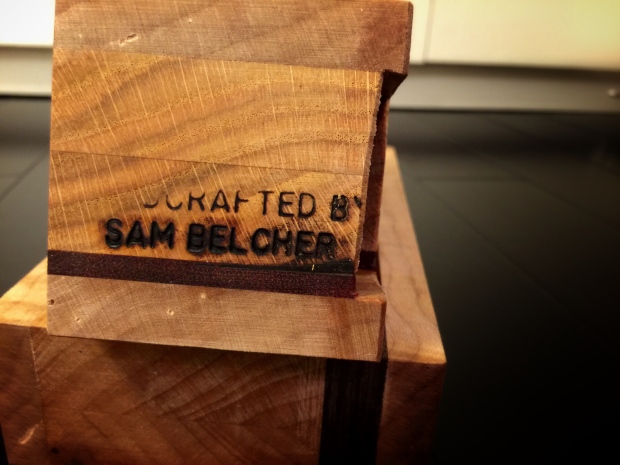 Got up on this fine Saturday morning after two days on the road and decided to give the mailbox a peep … found this delivered by Helen & Chris at BattleSchool today!  George Kelln’s (Lone Canuck) description of the scenarios therein.